Mistress punishes boyfriend for taking her for granted

This mistress felt like her boyfriend was not serious with her and that he was taking her for granted. She had tried to talk to him but he was not serious. She had to find a way to get to him and she got it when she wrestled him out of anger and frustration and beat his ass. She choked him and held on so tightly that he not only nearly choked, but he could not free himself too. 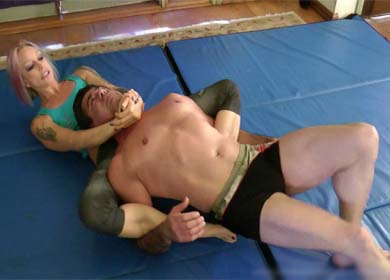