Mistress wrestles guy for a job

Mistress Kristiana had asked this guy for a job and he jokingly told her to wrestle him for it. And if he won, she would give it to him. He was a well built guy and he knew she would be no match for him. But he was forced to swallow his words as she beat his ass when she used her wrestling prowess to choke and defeat him. He had to give her a job. 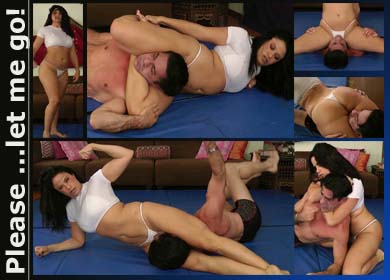