When this mistress found out that this guy had stolen from her, she had to teach him a lesson. And that is what she did as she used her mixed martial arts to beat the crap out of him. He was forced to surrender after she leg scissored him and also used her choke hold to make him cry like a little baby. He never stole from anyone ever again. 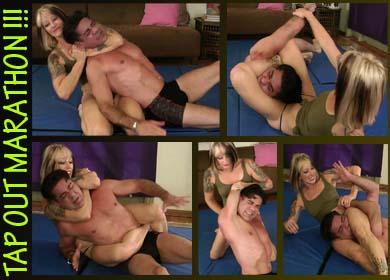