This mistress needed some favors from this guy but he was not willing to give them to her. She was furious as she had asked in good faith. The guy was rude to her and she could not take it. So she forced him to do her the favors after she had ass crushed and ass smothered him. She had used her wrestling prowess to pin her down and crush him. 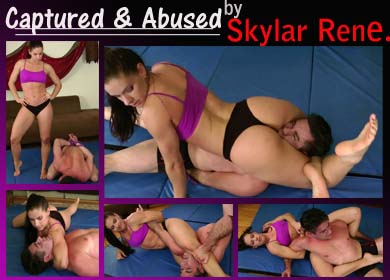