Mistress Lana disliked her neighbor because of his abhorrent behavior and she had to tame him as he had refused to make the necessary changes after she had talked to him. She went to his house and she wrestled him and made sure he was not only humiliated after she easily defeated him, but he was also in pain so that he would associate non action with pain. He changed. 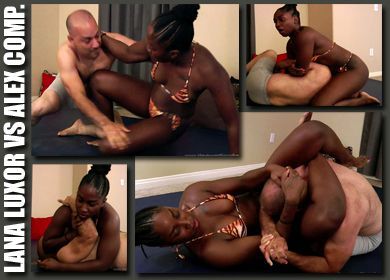