Mistress Nadine and her boyfriend were watching a movie when she noticed he had received a sext. She got pissed when he could not tell her who it was. She choked him with her leg scissor and she had a vice-like grip that he could not break free of. She then made him pee his pants before telling her who had sexted her. She told him never to do it again. 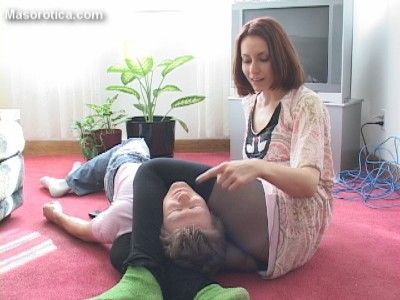