This guy lied that she had a relationship with him because he knew she was the hottest girl around. He wanted to raise his profile and he was sure she did not mingle with people for them to know she was telling a lie. But she got to hear about it and she was pissed. She used martial arts and wrestling skills to beat the shit out of him until he went and told the truth. 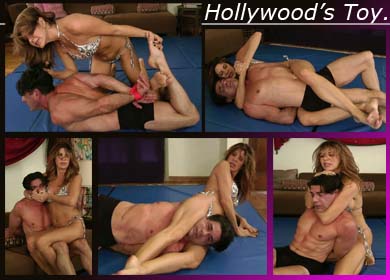