Mistress Ariana and her wrestling fetish

Mistress Ariana likes to wrestle. She loves to work out and she is a strong mistress. She knows how to wrestle and she likes to spring it as a surprise to guys and make them pee their pants as she humiliates them. That is what she did to this loser. She put down this loser and she enjoyed choking him and bending him painfully. He cried like a little girl.

Mistress Perica was not happy to learn that her slave liked to smell her panties. She felt that it was a perverted thing to do and she did not want a pervert living under her room. She sought to make him stop that habit so she wrestled him and she choked him to get that done. She put him in a lot of pain and he had no choice but to do as she said.

Mistress Serena humiliates her man on the bed

Mistress Serena did not want to live with a man who did not observe basic hygiene. She wanted her man to learn to do things her way. She had high standards of cleanliness and she wanted him to adhere to them. So she wrestled him and choked him with her bare feet to teach him a lesson. She also facesat on him on the bed and she told him he would not get her pussy if he did not do as she told him. 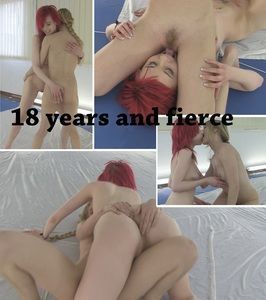 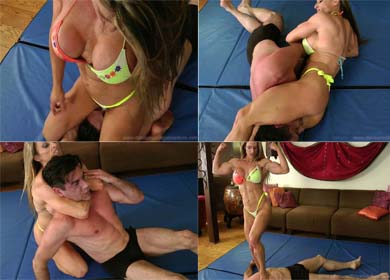 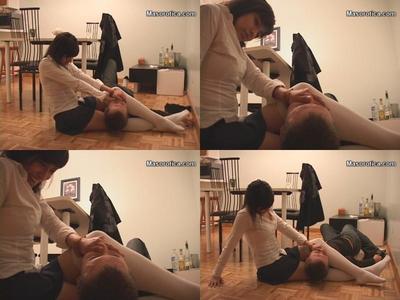 Mistresses fight hard to a draw

Mistress Manu and her neighbor Lara were not in good terms. Their bad blood was especially bad today as they fought over parking space. The mistresses wrestled hard and pulled each other's hair painfully. They tore each other's clothes and they leg scissored and choke held each other brutally. But they still fought hard because none of them could stand losing to the other. They had to settle for a draw and they gained new respect for each other.

Mistress Davina beats guy for looking down on her

Mistress Davina was so infuriated with how this guy looked down on her that she wrestled him even though he was a well built guy. She did not even know when her top came off but she continued her fight while her breast were out in the open. They served as a welcome distraction and she managed to choke him, facesit on him and leg scissored him cruelly till she was sure he had learned his lesson.

Mistresses wrestle for a man

Mistress Anna and her friend Edda both had eyes on a handsome guy. None of them wanted to leave him for the other. So they fought and wrestled hard hoping to beat the other to submission. The pulled each other's hair, choked each other with chokeholds, they legs scissored each other cruelly and they nearly bit each other as well. But in the end none of them won so the stalemate continued. 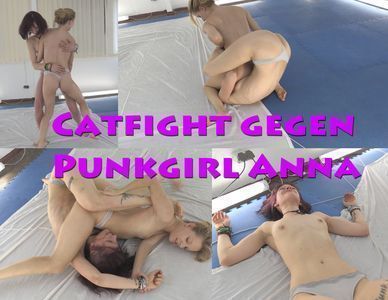 Mistress Gaia does not tolerate incompetence. This guy was clearly incompetent and she did not want him working for her anymore. He had a lot of demands to make now that he could see his firing was imminent. That pissed of mistress Gaia as he had contributed nothing. She tricked him that she was going to give him what she wanted and she instead wrestled him, kicked him, trampled him, smothered him and facesat on him.